Stuck in life? Don’t be fooled like a frog in a boiling water. 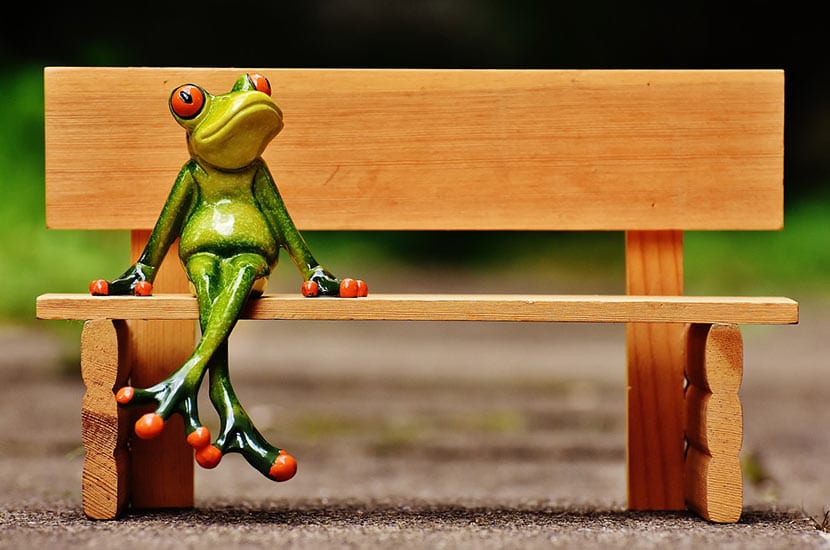 “I’ve been here since I got here,” said my friend Claire with a grimace of pain.

As she pointed down to her shoes, it was apparent they were killing her feet.

We were at a networking event and she’d been standing there for a while.

But this story is not about a pain that ladies go through due to their fashion choices.

It’s about being stuck.

How often have you found yourself stuck – not just in tight shoes at a function – but in circumstances that have become increasingly painful?

It’s not always apparent that you’ve slowly fallen into an uncomfortable position.

It was a small oppressive force on her toes that caused discomfort over time. She ignored it for the sake of fashion until she could not stand in those shoes anymore.

That’s when I heard her determined voice: “I’m out of here.”

How many times have we found ourselves in situations where we’ve fallen prey to discomfort and yet failed to notice it because it’s been building up little by little?

Have you ever been in destructive relationships with bosses, colleagues or partners who have been dismissive or disrespectful, but you’ve failed to stop it because it didn’t start that way?

You got used to that treatment and accepted it as the norm.

Have you ever had a big dream of expanding your business and getting more clients but you got used to lackluster results and lack of cash flow, and despite disappointment and disillusionment, you told yourself that’s the way it was going to be?

“It’s hard to get new clients,” “It’s too risky to expand my business,” you thought.

You got used to these stories you told yourself and now you inadvertently got stuck with these results.

Gradually, you’ve become comfortable with being uncomfortable and you’ve been here ever since.

It reminded me of a parable of a frog that was placed in a pot of water that was slowly heated up.

Since the change was gradual, the frog didn’t notice that the water was getting increasingly hotter.

It didn’t jump out to save itself.  It perished while getting used to being uncomfortable with the heat.

Ironically, if you put the same frog in the boiling water, its instinct would cause it to jump out right away.

And so in life, we are exposed to uncomfortable circumstances and become complacent.

To our own demise, we don’t face the situation nor take an appropriate action before it’s too late.

That’s when we start sabotaging our own success, like not following up with prospects, not asking for the sale, or undercharging.

We tolerate the pain – just like those shoes – until it becomes intolerable.

When you start noticing that something is not going right in your relationships, when your gut tells you this might not be the right guy for you, or when you feel the employee you want to hire is not exactly who you’re looking for, don’t wait until the pain is unbearable.

Take some action now, even it’s a risk, because it’s riskier to do nothing.

Step out of your routine. Try something new.

Most of all, don’t get stuck in the boiling water.

You’ve got it. You can do it. You’re smarter than a frog.

Follow in my friend’s steps. Ditch your shoes and get out of here.

P.S. Ready to get unstuck and step into your potential? Schedule a free Rapid Breakthrough Session with me. Apply here.